Who cares if the textbooks we spend millions of taxpayer dollars on don’t exactly align with the curriculum standards upon which our students are tested and teacher effectiveness is measured, right? Why let those pesky little things our kids should learn before each school year closes get in the way of the seven-figure business transactions between states and publishers?

The assumption many people make (and rightly so) about the textbooks in our classrooms is that all of the readings, activities, and resources within the bound covers are directly connected to the state-created or adopted standards. I mean, why else would we shell out significant amounts of money to textbook publishers–sometimes the same ones who also develop the end-of-course state exams that can determine whether a child moves on or repeats the grade? For testing to be so high stakes, it’s fascinating that many of the state-provided educational resources don’t even fully support the course standards. I think the appropriate acronym here is: WTH?

Let’s think about that for a minute. It’s almost like we’re paying for the name on the front of the book rather than the quality of the content inside. Imagine that. Do you know why the higher-quality curriculum tends to cost less? Because it’s usually coming from small-business educational consultants or district employees like curriculum specialists and classroom teachers. Who tends to do the most for the least?

It’s worth adding here that the least effective designation is also likely tied to the curriculum being created for mass consumption rather than specialized for a specific population. This is one huge reason why I am a proponent of local education agencies (districts) and schools developing their own content for classroom use. You know your kids!

For example, textbooks in Texas, a state that does not use the Common Core, only need to cover 50 percent of the state’s grade-level standards and researchers found that the curriculum reviewers don’t consider whether or not textbooks contain extraneous material. And in California, reviewers often rely on “standards maps” that the publishers provide themselves.

*slow blink* The most talked about “We don’t need your Common Core” state only requires textbooks to address 50% of its “superior” standards. The jokes write themselves, don’t they? If you don’t even value your standards enough to ensure that the content you’re offering is 100% aligned, how are we supposed to believe that you value our children’s OR America’s futures? Either your standards are worthless, your spending is wasteful, or your vision is clouded, Texas. Something’s amiss. And, using “standards maps” created by the publishers of the textbooks you’re attempting to assess is…*facepalm* Surely, you can do better than that, California.

…the report underscored an already widely acknowledged problem with the curriculum adoption process – namely that it’s dominated by politics rather than substance, with debates erupting over things like the role of evolution and climate change in textbooks. Last year, for example, reviewers in Texas debated over whether or not Moses inspired the Founding Fathers.

Here is the rub…again. Politics over progress. Students matter here. They are the purpose and product of our education system. We’re here to teach them how to think, not what to think. A curriculum should be comprehensive and as close to unbiased as possible because that is how we create critical thinkers who can evaluate the validity of a source and determine its merit.

But, that’s not what happens in many American classrooms because politicians actively fight against it with their trumped-up ideologies and social capital. Politics debilitates the learning environment. Politics crushes intellectual conversations in the classroom. Politics renders the adopted curriculum pointless. How? By campaigning against unbiased learning and enacting anti-intellectualism.

So what do we do?

The answers to that are more complicated than this quick blog post can delineate, but in short, we:

You don’t have to be a parent to care about what happens in American schools. You need only be a citizen. The students we produce in the classroom are your neighbors. They will become voters. They will operate businesses. They will make policies. We should all be invested in what the American school system produces because in one way or another, its products will impact our lives. 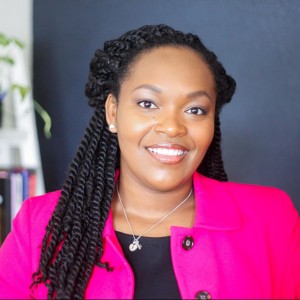 Dr. Chawanna B. Chambers is a national award-winning and board-certified PK-20 career educator with teaching experience spanning primary, secondary, and higher education. She has taught K-12 English online, coordinated Title I after-school tutoring programs, served as a reading intervention teacher, planned & facilitated advisory programs, developed curriculum, supported teachers as an instructional coach, published educational research, and served in several other leadership capacities. In addition to being named New Teacher of the Year in 2009, the National Council for Teachers of English awarded her with one of its Early Career Educator awards, and she received the Principal’s Award on her campus in 2010. Chawanna was a class of 2018 New Leaders Council San Antonio fellow and 2019 Leadership SAISD cohort member. Chawanna, known as Dr. Chae to many, thrives at the intersection of educational theory and practice. Understanding students’ experiences in school is integral to delivering what will help create a lifetime of meaningful success and joy for each of them. Using research and relationships as the cornerstone of her work, she works to design learning environments that encourage belonging and mastery for K-12 students. Currently, Chawanna serves as Chief Academic Officer for Compass Rose Public Schools.
All Posts »
Share on facebook
Share on google
Share on twitter
Share on linkedin
Share on pinterest
PrevPreviousPower Plays in Ed Policies
NextAdvocating for ParentsNext